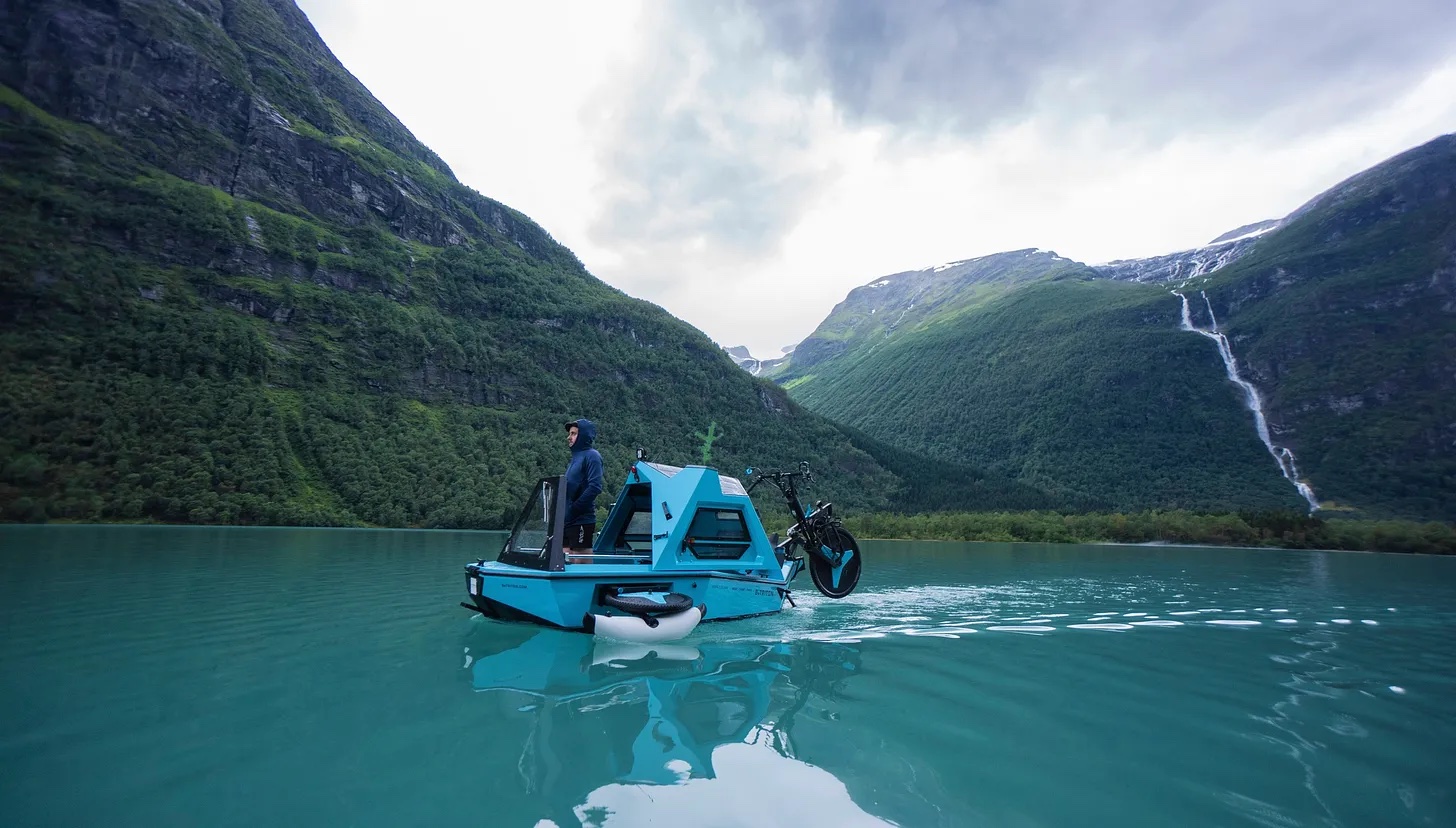 🌎 Micromobility World is right around the corner, and for the next six days, tickets are totally free. Register now for this massive virtual gathering, then join us alongside amazing guest speakers like Kara Swisher, Gabe Klein, and Matthew Yglesias on January 19th. Tune in for great talks, networking, and of course, the dramatic finale of the Rider’s Choice Awards…

👊 … also the final knockout round of the Rider’s Choice Awards is less than a week away. Only the top 5 teams in each grouping will advance. Cast your ballot in up to 30+ industry-specific categories asap.

📆 Planning your 2023 calendar? Save the date for Micromobility Europe on June 8-9th. Our largest event yet is coming to Amsterdam for an immersive celebration of small electric vehicles. Snap up Early Bird tickets before January 20th and save big.

Greenworks is showing a whole bunch of new stuff at CES this week. The U.S. power tool company unveiled more than a dozen new products for inside and outside the house, including a home battery system, smart cameras, a robot lawn mower, and most relevant for our purposes, an entire catalogue of micromobility vehicles. Why is Greenworks suddenly so gung-ho about making all these different electronic devices? It looks like the company is trying to build a single interchangeable battery platform to power everything from table saws to kickscooters, which if it pans out, would be pretty cool.

Heybike’s new fat-tire folding Tyson ebike is made from a single piece of magnesium alloy, a unique construction method that reduces weight while increasing durability.

Latvia-based BeTriton says the first batch of the Ready-Made electric trike, a truly insane vehicle that can transform into both a camper and a boat, will ship in March 2023.

Scooter sales are rising in the U.S. and unfortunately so are thefts. The number of kickscooters reported stolen in Los Angeles leapt 129% over the last four years.

China-based Yadea, one of the largest manufacturers of electric two-wheelers in the world (the company claims +60M users globally!), is gearing up for large-scale expansion in the U.S.

Spanish car maker SEAT is delving deeper into the two-wheeler realm with its beginner-friendly Mo 5 moped.

A bike designer asked ChatGPT and Midjourney to design a micromobility concept from scratch and the AI-generated result doesn’t look too far off from a Renault Twizzy.

Unboxing the smallest electric unicycle on the market: the munchkin-sized 28 lb Begode MTen4.

A mechanical engineer has invented an electric skateboard that is capable of traveling up to 82 mph. Yes, you read that right: eighty-two miles per hour.

The iconic Motocompo, a charming-looking folding moped that could fit into the back of ‘90s Hondas, has been reborn thanks to a Japanese startup. The Icoma Tatamel, as the new all-electric incarnation is known, offers 18 miles of range, can reach speeds of 25 mph, and when folded, packs down from 39” tall, 48” long and 25” wide, down to 27” tall, 27” long and 10” wide.

This Redditor made an RFID bracelet to unlock their Segway scooter with a flick of their wrist.

Most people who get an SUV would be better off saving their money and buying an electric cargo bike instead.

For a cool €100k, you could buy this antique 1898 motorized tricycle, complete with a wicker “Lady’s Attachment” trailer, at auction.

🚵‍♀️ The Best Electric Mountain Bikes You Can Buy Right Now: Whether you want to venture deep into the backcountry wilderness or simply smooth out bumps in the road on your way to work, electric mountain bikes (eMTBs) empower you to take on new adventures as well as less-traveled roads. Here’s what you need know to find the right eMTB for you.

🐶 Best Bike Carriers for Pets: Going on a bike ride and want your dog to join you? Those looking for a bike trailer or bike carrier for their pet will be bombarded with several options, all of which will appear similar at first glance. We’ve narrowed down a list of some of the best pet carriers.

🔐 The Best Locks for eBikes, a Comprehensive Guide: Want some peace of mind when it comes to securing your new eBike? Take a look at our buying guide to find the best locks.

Razor has been a household name in scooters for decades, and their e-scooters are some of the best around. The Razor EcoSmart Cargo could almost be considered a moped. It's a larger alternative to a more traditional e-scooter that can fit two passengers or considerable cargo.

The Yuba Mundo Electric Mega Bike is the minivan of bicycles, able to accommodate everything from groceries to kids with ease. Its smooth and comfortable ride makes it perfect for families, while its ability to fit three kids without issue makes it great for anyone who has little ones tagging along.

If you’re in the market for a high-quality electric unicycle, you’ll probably want to check out the King Song 16x. Packed with great features, this unicycle has a high price tag but it also has a sturdy and durable build, fast motor, long-lasting battery, and futuristic design.