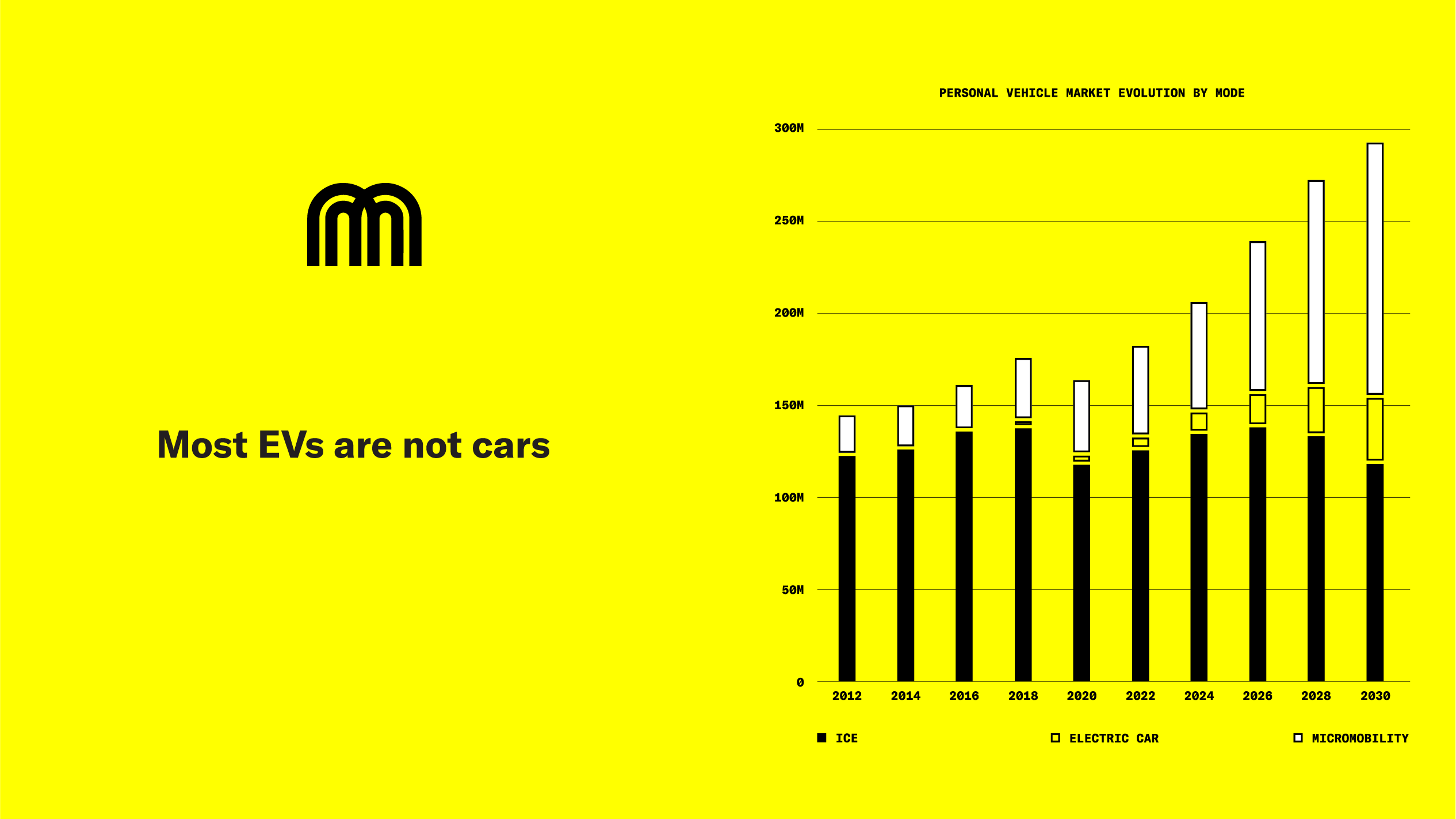 Steve Jobs said that a bicycle amplifies a human being to such an extent, that he wanted to create a ‘bicycle for the mind’ —and that was what the personal computer was to him.

He was referring to a Scientific American article from the 1970s that measured the energy efficiency of different animals’ movements. Human performance was poor relative to, say, a bird.

The study also introduced some motorized machines for humans, like cars and trains, but in terms of efficiency and watt-per-mile, the human being still wasn’t very efficient. But when you put the human on a bicycle, they shot up the list to become the most efficient animal by a huge margin.

You see, you have quite a bit of torque in your legs, and the beauty of a bicycle is that it transfers that torque efficiently through gears to power the vehicle. Although humans don’t have a lot of power, torque is easily transformed into speed through the mechanism of the bicycle. Which is what makes the bike a work of genius, as far as design is concerned.

In terms of Watts, an average human cyclist can sustain about 50W to 60W of power. If you are a pro cyclist, you can maybe put out 200W in a sustained manner, like during a race. If you’re a power cyclist— professionals who do speed cycling around a track—they are measured at up to 800W.

Interestingly, there have been recent studies looking at the efficiency of the electric bike. If you take a human and assume that they eat food, digest it, produce energy and then ride a bike, the electric bike is about twice as efficient as a pedal-powered bike.

As noted earlier, a human can sustain about 50W on a pedal bike. And let’s say, for the sake of argument, that an electric bike’s motor can produce up to 500W. That’s a 10x improvement in performance over what a human can accomplish alone. But the human-powered 50W doesn’t go away. Combined with the electric bike’s power, you’re dealing with about 550W.

Now you can ask: Well, what does 550W get you, given the weight of the vehicle and rider? What kind of speeds, what kind of power?

That’s where the Superman effect comes in because you are getting 10x the output as you put in.

You’re getting better acceleration. You have the ability to climb steep hills. You can carry heavy loads that were not possible without the assistance of an electric motor.

There’s nothing new about electric motors. The technology is actually older than internal combustion, about 200 years old.

When most people think about electric vehicles these days, they tend to think about “cars”. But cars are a tough and expensive mode of transport to electrify.

Bikes are much easier and less expensive. And as a result, we’re now seeing the demand for ebikes overtaking electric cars in terms of volume.  And by a large margin.

This begs the question, what about other things that have electric motors that are on the streets? Remember the hoverboard fad? And how about electric skateboards?

What about adding electric motors to bigger three-wheeled cargo bikes or the extremely efficient velomobiles, which are reclining bikes with fairings that are aerodynamic?

This combinatorial explosion of form factors is what got me to think several years ago while studying automotive disruption:

Wait a minute, it’s not just about the bike!

You can go up and down the spectrum, from a skateboard, where you’re dealing with something in the 5 to 10 kilogram weight, all the way up to hundreds of kilograms, like a small, low-speed four-wheeled vehicle, which is close to, but not quite what we would call a car.

And all of these are getting electrified. All of these are becoming really exciting new products, which are transformed by motors and electric power, along with communications, sensing, and computation.

That is really a startling thing. Do we even have terms for all these things? Until recently, no.

At first, I struggled with categorization due to differences in nomenclature.

In one country, a scooter means a moped, whereas, in another country, it means a stand-up skateboard with a handle and two wheels.

Or what do I call a quadricycle, which has an electric motor but yet it’s not a car? The European designation might be that it is indeed a quadricycle but in the US that might be considered a golf cart.

Then there are golf carts themselves. They’re being adopted as a popular vehicle for short-range mobility beyond golf. Recently, they’re calling them ‘neighborhood electric vehicles’ or NEV.

The Chinese have a similar question of what to call these electric vehicles that are not quite cars. They used to be called “rural vehicles” because farmers typically owned them, but now they’re calling them ‘low speed electric vehicles’ or LSEVs.

You have LSEVs, NEVs, quadricycles, electric scooters and mopeds. Then you have everything in between. And of course, the bike is in the very middle of all that. This is why I decided that we need a new term so we don’t have to spend 20 minutes describing the idea.

Similar to how Steve Jobs helped to bring the power of computers to a personal scale, micromobility gives people the freedom of urban mobility.

So that’s the birth of the word micromobility.

As soon as the term was coined, the demand was for a definition. And that proved to be much more difficult.