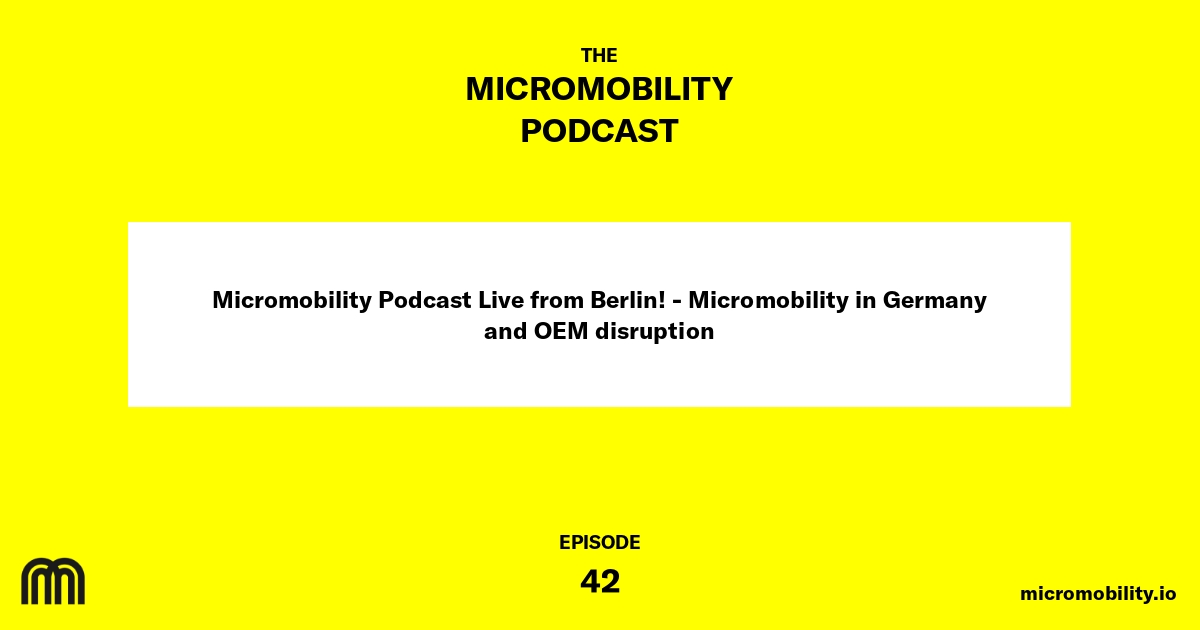 In this episode, Horace and Oliver host a live podcast recording at TheDrivery, an incubator in Berlin in front of an audience. They discuss theupcoming Micromobility Europe conference, disruption of the German carindustry and what will disrupt micromobility itself in the future. It was agreat conversation!This week we discuss:- Germany’s micromobility explosion and why it’s different from othercountries- Why we chose Berlin for the Micromobility Conference in Berlin- Why the intellectual interest in micromobility from the car OEM’s is atextbook disruption response- How automakers will eventually be forced to flee cities- What can we see coming along that will disrupt Micromobility in the future- What would businesses built on micromobility platforms look like?- What form factors we see emerging for colder climates- What the impact of new motors will be on vehicles- Why a marketplace for rides is coming, and what the impacts of these lowcost rides will be.“A bit transfer cost has gone to zero. When a human transfer cost goes tozero, then what?’Thanks to this week’s sponsor Particle. Particle provides an end-to-end IoTplatform, from device management to connectivity to hardware for connectingmicromobility vehicles to networks and reducing complexity as operationsscale. For operators that I’ve talked to, they’re a godsend in the world ofhighly complex and competitive operations.Visit Particle.io/micromobility to learn more and request a free IoTdevelopment kit. All podcast listeners will also receive a freeconsultation. Visit Particle.io/micromobility today.